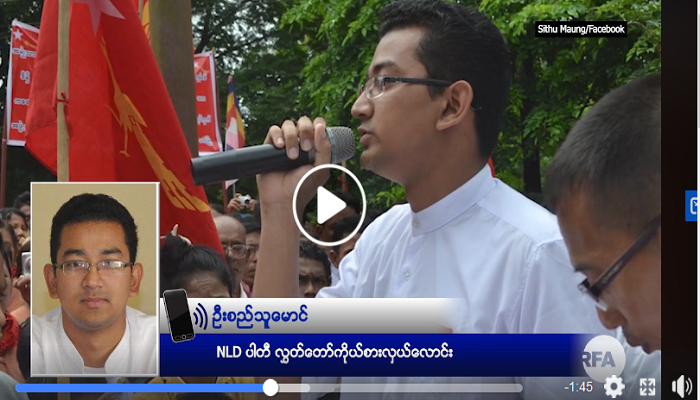 Si Thu Maung Is One Of The First Time Muslims Are On The NLD’s List Of Candidates. He is a former student union leader who spent more than four years in prison for his role in the 2007 Saffron Revolution led by monks.

Who is from Rangoon division, a small number of Muslims are among the NLD’s candidates for the November election. Among them are Daw Win Mya Mya and Ko Si Thu Maung, who were imprisoned for many years under the junta for political activities.

Also the NLD’s candidate for the Pyithu Hluttaw (People’s Assembly) in Sint Kaing Township, Mandalay Division, was arrested several times for his political activities and had his arms broken during the Depayin uprising. Win Mya Mya, whose entire family suffered during the junta’s rule, including the confiscation of a shop in a supermarket.

I would just like to say that the multi-ethnic and multi-religious work involved in the Saffron Monk Uprising is a beautiful demonstration. In the future, our country will have to build the future of our country with the same hands.